Here our Editor Phil Parry looks at how the decline in the power of unions has affected all journalists, especially in Wales.

Nobody should underestimate the central role of the unions for all journalists in the past, not least in Wales.

Recently there has been a slight rise in union membership but the overall trajectory has been firmly downwards.

Yet when I started in journalism 37 years ago, the picture was very different.

In newspapers the ‘comps’ or printers’ room was sacrosanct, and apocryphal stories circulated of an inexperienced reporter touching a tool there only to find everyone out on strike.

The main print unions were the NGA (National Graphical Association), SOGAT (Society of Graphical and Allied Trades) and NatSOPA (National Society of Operative Printers and Assistants).

A close journalist friend of mine in the north of England, who was in senior management, told me how he had to negotiate with each one and that the union rep. for one in particular was extremely difficult.

On UK papers on Fleet Street in London (they were all based there or nearby) some printers arrived for a ‘ghost shift’ and would clock on and go home again, because the unions had negotiated a deal whereby a certain number of men (and they WERE all men) would be employed even if they did no work.

At the beginning for me in television it was almost as bad.

When you were filming a report, even outside in broad daylight, you had to take a lighting man (‘sparks’) with you who would, of course, travel in a separate car earning expenses.

If you had to do a quick piece-to-camera outside a court on a sunny afternoon, the sparks would be employed just to hold the reflector.

I remember one lunchtime on the HTV Wales programme Wales at Six I was tasked with filming a report in Port Talbot, and I had the audacity to go down to where the crew were eating in the canteen.

The cameraman tapped his watch. “Come back in an hour”, he said.

All this has now been swept away – quite rightly so some say.

Part of the reason has been political reforms in the 1980s which reduced the power and influence of unions which have included privatisations.

The opening up of industries to competition have also limited the ability of unions to use industrial action in order to achieve pay rises. 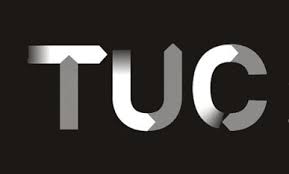 Globalisation too has reduced trade union power, as firms have increasingly become able to relocate to other countries where worker rights are more limited.

Technological change, coupled with the rise of the gig economy and ability to replace workers with robots, further threatens to curtail the ability of employees to have collective bargaining power.

In newspapers Rupert Murdoch became a hate figure to many, but embarked on painful, yet necessary reforms to others, when he moved his publications to Wapping in East London.

In January 1986, nearly 6,000 newspaper workers went on strike following the collapse of talks on the plans of News International (as it then was) to move its editorial and printing operations there. Immediately, all were served with notices of dismissal.

Overnight, Mr Murdoch then moved The Times, Sunday Times, Sun and News of the World to the new site, dubbed ‘fortress Wapping‘, and hired members of the rogue (EETPU) Electrical, Electronic, Telecommunications and Plumbing Union to man it.

He did this, he explained in a speech a few years later, because the UK’s powerful print unions “had a noose round the neck of the industry, and they pulled it very tight”.

In the mid-80s, most Fleet Street newspapers were still produced using hot metal, despite the widespread use elsewhere of modern offset litho technology.

Whereas Mr Murdoch’s papers in Australia and America could be produced with four or five men to a printing press, he said, in London it took 18.

Most were paid “full-time wages for part-time jobs”, and many held down second jobs on the side: cabbies, mechanics, even morticians.

As part of the move to Wapping, Mr Murdoch demanded the unions accept flexible working, agree to a no-strike clause, adopt new technology and abandon their closed shop. They refused, and mass demonstrations outside the new plant followed which were met by large numbers of police, whose methods – aimed at ensuring strike-breaking workers could get into the plant, and newspapers could leave it – were widely criticised as excessively heavy-handed.

In Wales meanwhile the decline of the unions has been particularly stark because unionisation has been so strong.  The closure of all the deep pits was a major factor, as has been the shift to a ‘service’ economy and away from a ‘manufacturing’ one.

Last year the number of workers in a union in Wales fell to below 10 per cent (9.4).

Nobody could defend the ‘closed shop’ union practices of the past, which particularly affected journalists, but have things gone too far?

Recent Bank of England analysis suggests that declining unionisation rates in the UK have lowered wage growth by around 0.75 percentage points per year over the past 30 years.

Mind you, at least journalists can be grateful that things have changed – especially in Wales!

Memories of Phil’s astonishing 37-year award-winning career in journalism (in the face of closed-shop union practices) as he was gripped by the rare disabling condition Hereditary Spastic Paraplegia (HSP), have been released in a major book ‘A GOOD STORY’. Order the book now!

Tomorrow – he examines the latest circulation figures which show one of the main newspapers in Wales, where he started as a journalist, going down and down.