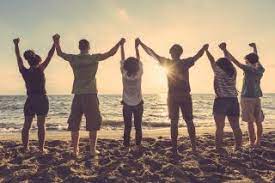 During 23 years with the BBC, and 38 years in journalism, our Editor, Welshman Phil Parry, always knew the importance of making close friends, who then went on to become good contacts for stories firing bullets at senior management officials, about the way important organisations were behaving.

I first saw him falling past my window.

This young man, whom I met when I was a student of Politics and Modern History (PMH) at the University of Manchester (UoM), soon became a firm friend, and is now extremely high up in the world of finance.

As a jape, he had been locked into the room of another mate of his, which was diagonally above my own in the hall of residence we both shared.

In order to escape he had climbed out of this room window (on the first floor), and dropped to the ground near my bedroom.

It was a surreal way to start a friendship, but it has been very long lasting.

Another one, a fellow trainee with me at the beginning in journalism (who I shared flats and houses with) is now a senior executive with an international environmental services organisation, based in Copenhagen.

A further soul-mate is today a high-ranking official at UK Government (UKG) level, while a different one has a prominent role in the Welsh Government (WG).

An array of journalist friends supply information about what is actually happening inside the institutions they represent (such as the BBC which is where I was for 23 years), and check my copy (as well as pictures) for accuracy.

I applaud them all for providing details about the truth of events, and making sure my reports on The Eye, are correct.

We could not survive, exposing dubious facts on my investigative website, without them.

With friends like these, though, unfortunately I make a lot of enemies!

Phil’s memories of his extraordinary award-winning career in journalism (when friends who became contacts lay behind many of his stories) as he was gripped by the incurable disabling condition Hereditary Spastic Paraplegia (HSP), have been released in the major book ‘A GOOD STORY’. Order it now!