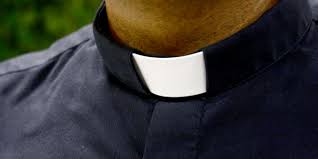 After noting the huge changes that have marked society over his 37 year journalistic career, here our Editor Phil Parry looks at an area which is slow to change – publicising a lack of religious faith.

He has also explored how poorly paid most journalism is when trainee reporters had to live in squalid flats, the vital role of expenses, and about one of his most important stories presenting the now-scrapped 53 year-old BBC Cymru Wales (BBC CW) TV Current Affairs series, Week In Week Out (WIWO), which won an award even after it was axed, long after his career really took off.

I have written extensively about the enormous alterations in society that have taken place since I started in journalism in 1983, but one area is stubbornly resistant to change – in Wales as elsewhere.

Having no religious faith.

Donald Trump has been pictured waving a bible around, and the US President-Elect Joe Biden is very proud of his Catholicism.

Mr Trump may have lost (which he has now admitted, even though he still hasn’t conceded), but his defeat would surely have been far heavier if he’d proclaimed he was an atheist!

Certain kinds of fundamentalist Christianity are popular in America (or in the case of past Presidential candidate, Mitt Romney, Mormonism) and despite Mr Biden being only the second Catholic to win the race to become the most powerful man in the world (60 years after John F Kennedy first did so), saying you have no religious faith at all would sound the death knell for any political ambitions.

But it’s not just in America – it’s true almost everywhere!

In Wales, at the last census in 2011 just 32.1 per cent of people said they had “no religion”, while only 7.6 per cent would not state their religion.

The established church used to be the Church of England, but from 1920 the disestablished Church in Wales, still Anglican, became self-governing.

Wales also has a strong tradition of nonconformism, including Methodism.

Figures like these partly explain why at a UK level an atheist in politics is still thought of as an oddity (this is the case even though the first atheist MP, Charles Bradlaugh, was elected in 1880, although he was prevented from taking his seat until 1886) while in the recent US election it would have been political suicide.

Across the pond things are even worse (or better, depending on your perspective) than here.

In 2017 at the Values Voter Summit Mr Trump said: “In America, we don’t worship Government – we worship God”.

The US Congress is the most diverse one in history, with Native American women, Muslims, a bisexual senator and the youngest woman to gain a seat in either chamber.

But there isn’t an atheist, and just one representative ticked the box saying “religiously unaffiliated” in a recent survey, while nobody admitted to no belief at all.

In 1948, only 48 per cent of Americans said they would be willing to vote for an African-American President (perhaps unsurprising given the nation’s history).

Yet by 1999 thankfully, this figure had doubled, and clear majorities expressed a willingness to vote for all minority groups – except one.

Only atheists had failed to reach that threshold and, according to dozens of more recent surveys, they remain the most distrusted group in the USA today, despite many protests and with them becoming increasingly vociferous. 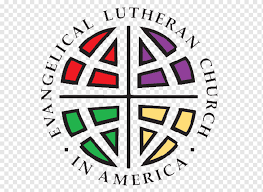 The philosopher John Gray (who is not himself necessarily a believer OR ‘atheist’) in his book, ‘Seven Types of Atheism’, defines an ‘atheist’ as: “anyone with no use for a divine mind that has fashioned the world”.

As he acknowledges, that makes the category so capacious that it includes some of the world’s major religions: neither Buddhism nor Taoism features a creator God.

Yet that capaciousness is appropriate, because it suggests, correctly, that there is no single atheistic world view.

Much of the animosity and opprobrium directed at nonbelievers in the USA comes from the unwarranted suspicion that those who do not believe in God could not possibly believe in anything else, moral or otherwise.

For years atheists were barred from testifying in American courts, and the reason was the belief that witnesses who were unwilling to swear an oath to God had no reason to be truthful, since they did not fear divine judgement.

Mistrust, indeed hatred, of people who have no religious faith has a long and dubious history.

In ‘A Letter Concerning Toleration’, the 17th century philosopher John Locke has written, “Those are not at all to be tolerated who deny the being of a God”.

Attacking the King of England was fine, but when Thomas Paine, in ‘The Age of Reason’, set his sights on the King of Kings, he was derided as a “loathsome reptile” and a “filthy little atheist”.

It didn’t appear to matter that Paine actually identified as a Deist, or that his text opens with the blunt declaration “I believe in one God”; his criticisms of Christianity were so scandalous that he was written into history as a nonbeliever.

Yet there are grounds for hope (or despair).

France will have a majority secular population soon, so will The Netherlands and New Zealand.

It’s been reported that the UK and Australia too could be about to lose their Christian majorities.

Even in the USA change is in the air, and ‘nones’ (religiously unaffiliated) now make up almost a quarter of the population.

It seems that religion is rapidly becoming less important, even to people who live in countries where faith has affected everything from rulers to borders to architecture.

It seems many may be praying for that!

Tomorrow – the ‘comedian’ who made sick ‘jokes’ about a murdering gunman, and was placed under police investigation yet is now allegedly setting up a new media service in Wales to which the public have pledged hundreds of pounds, makes fun of a hospital sign designed to save lives.

The memories of Phil’s astonishing 37-year award-winning career in journalism when attitudes altered so markedly as he was gripped by the rare neurological disabling condition, Hereditary Spastic Paraplegia (HSP), have been released in a major book ‘A GOOD STORY’. Order the book now!