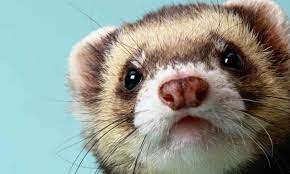 After spending 23 years with the BBC, and 38 years in journalism, here our Editor, Welshman Phil Parry, explains one of the key techniques he used, as new figures show that regular transport levels are down permanently following the pandemic.

He has shown how poorly paid most journalism

is when trainee reporters had to live in squalid flats, the vital role of expenses, and about one of his most important stories on the now-scrapped 53 year-old BBC Cymru Wales TV Current Affairs series he presented for 10 years, Week In Week Out (WIWO), which won an award even after it was axed, long after his career really took off.

It means exposing the contradictions, or weaknesses, in a particular policy (say in politics), or revealing the disturbing truth behind someone, then taking exactly the opposite position soon afterwards.

You subsequently report how far-sighted that weak policy appears to have been, or how good that person is.

I must take that stance now, over the contentious decision to ignore an inspector’s findings, and REFUSE to build a new M4 to the south of Newport, relieving terrible congestion through the Brynglas Tunnels.

It LOOKS as though that risky strategy, by the First Minister of Wales (FMW) Mark Drakeford, MAY have paid off, because the latest figures seem to show that the numbers taking car journeys to work have not gone back up to pre-pandemic levels.

The same is true, it appears, for business travel generally (see story tomorrow), and although rail journeys will be affected by this week’s strike action, it has not returned to the figures before the pandemic, whereas leisure expeditions have done.

The drop off in car trips, comes despite one-off events causing chaos, like last month’s Ed Sheeran concerts in Cardiff, which coincided with other significant issues. One of his concert nights, for example, clashed with the start of school half-term holiday, and rock band My Chemical Romance playing on the Saturday at the city’s Sophia Gardens cricket ground.

Welsh Conservative leader, Andrew RT Davies, said the Welsh government and Cardiff council needed to work together to improve the situation. “Put extra trains on, get timetables that can cope with large numbers of people coming into the city, but importantly get the M4 working”, he said.

The Liberal Democrats Investment and Development spokesman on the council, Rodney Berman, said: “Cardiff has long since positioned itself as an event city and had made this a key element of its economic strategy. However, this has been hugely undermined by the major traffic disruption we have seen during the recent Ed Sheeran concerts which was far worse than anything the city has seen in the recent past.”

There was also the problem of the bottleneck at Brynglas Tunnels, highlighted by the enormous queues on the M4 during the Platinum Jubilee Bank Holidays. We have also seen high traffic-volumnes as a result of the weekend’s two gigs at Cardiff’s Principality Stadium, by the Stereophonics.

But the pandemic has changed the nature of REGULAR travel permanently. In fairness to all those critical journalists (I was not alone), Mr Drakeford cannot have known a worldwide pandemic would intervene, and that more people would work from home.

Perhaps, then, luck, rather than great vision, is the order of the day. Nevertheless, reverse ferret, must be undertaken.

At the time, the controversial resolution by Mr Drakeford NOT to build a new M4, faced huge criticism, not least from Mr Davies.

It was reported, for instance, that Mr Drakeford could face a judicial review because the inspector Bill Wadrup, gave the route south of Newport his overwhelming backing.

Mr Wadrup said creating the highway from Junction 23 to Junction 29 would be a good use of public funds, that environmental objections were overstated, and it was in the public interest.

The vast bulk of Mr Wadrup’s report to the Welsh Government (WG) detailed the objections raised by charities, campaign groups, environmental bodies and individuals who criticised the scheme.

Yet he concluded that the criticisms “do not, either jointly or separately, outweigh the proof of public benefits that the scheme would bring”.

Mr Wadrup was also clear that most of the Gwent levels would not be affected by the proposed route.

In the report he wrote:  “The inescapable reality is that only about 2% of the Levels by area would be affected and approximately 2% of the reen (drainage ditch) network by length”.

Addressing those who said the scheme ‘would destroy the areas of Special Scientific Interest (SSI)’, he said: “Those assertions are wrong”.

Paul McCarthy Chief Executive of Rightacres which is responsible for the huge Cardiff Central Square project, and the enormous re-development of the nearby old Brains brewery site, said tourism in Wales could be hit (and the recent concerts mayhem caused enormous damage to the city’s reputation), with the success of his new multi-million pound hotel possibly being affected.

Mr McCarthy told The Eye: “I hope that the reasoning around making the decision not to build the M4 relief road pays off”.

It may have done.

Weekday car journeys are only 90 per cent of their pre-pandemic levels, even though people are not worried about catching Covid in the office, and the registration of new cars (a major indicator of what’s happening) is down significantly.

Just 536,727 new cars were registered (a key measure) in the first three months of this year, while the equivalent figure three years before was 862,100.

It appears that more are working at least two days a week from home, so they do not need to jump in the car at all then.

A survey by the Office for National Statistics (ONS) in early April, found that 23 per cent of all businesses, and 43 per cent of professional services firms, expect a permanent increase in home working.

I have driven through Brynglas Tunnels at rush hour countless times, and the traffic has always been flowing freely.

Perhaps, then, the tweaks (such as imposing a 50 mph speed limit in that section, and improving the lanes), HAVE WORKED.

No one could have foreseen a global pandemic and lockdown, following which more people than ever would work from home.

Even so I must engage in the awkward process of reverse ferret!

Tomorrow more travel news – and why details of the expensive air link between North and South Wales being scrapped after 15 years, shine the spotlight on a former Welsh first minister saying it was “vital to the economy”, as well as when Cardiff Airport (CA) was about to be bought with £52 million of taxpayers’ money, that it should make a “return to the Welsh taxpayer”.

The memories of Phil’s astonishing lengthy award-winning career in journalism (including some of the techniques he had to use) as he was gripped by the rare neurological disabling condition, Hereditary Spastic Paraplegia (HSP), have been released in a major book ‘A GOOD STORY’. Order the book now!