After disclosing why investigative journalism is needed now more than ever although others have different opinions, and how information from trusted sources is crucial at this time of crisis, here he looks at the dangers posed today by fake news and conspiracy theories.

The current coronavirus (Covid-19) lockdown crisis has provoked more ridiculous theories than have ever been seen before, and underline the important fact that all stories must be checked before publication.

Just as the virus lodges in people’s lungs, dangerous ideas are infecting their minds.

A key ingredient of today’s conspiracy theories is the rapid worldwide transmission of this nonsense by the internet. 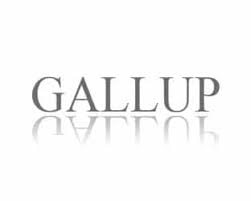 A study published in Nature in May found that, although pro-vaccine Facebook (FB) users outnumber anti-vaccine ones, the anti-vaxxers are better at forging links with non-aligned groups like school parents’ associations, so their numbers are growing faster.

In April the broadcasting regulator, OFCOM, censured a tiny TV station called London Live for airing part of an interview with David Icke, a conspiracy theorist who believes the pandemic is a hoax.

At the time of OFCOM’s ruling six million people had viewed the full interview on YouTube, which is outside their jurisdiction.

Sadly this kind of ridiculous stuff is being aired more than ever now.

Perhaps the most far-fetched conspiracy theories were pegged to the hashtags #ClintonBodyCount and #TrumpBodyCount, which both trended on Twitter afterwards.

The first was primarily used by Conservatives to suggest that former ‘first couple’ Bill and Hillary Clinton were linked to Epstein’s death.

The latter, perhaps predictably, was used by liberals who speculated that Donald Trump was somehow involved, but neither side had any evidence.

The baseless theory of the Clinton’s involvement harks back to a long-running conspiracy theory that originated in the 1990s and claims the couple secretly kill their enemies.

The appalling recent case of the fantasist Carl Beech, is another one where wild conspiracy theories were central.

They were, unfortunately, believed by the police.

The former Labour MP, and one time deputy leader of his party, Tom Watson warned about “a powerful paedophile network linked to Parliament and No 10″.

But this is not the first time that police and news about their antics have been in the dock.

The BBC too is culpable, and after being in the organisation for 23 years I know this only too well.

Over a picture of an alleged crook the awful words were used:  “Is it by any chance the same man?”.

Of course it wasn’t the same man, who then sued and won.

In investigations you NEVER use the words “Is it by any chance the same man?”!

It either IS or it ISN”T!

During many years in journalism, I know that a mantra for our stories on The Eye must be: CHECK YOUR FACTS!

This was also put centre stage for me in the example of BBC Three’s Stacey Dooley presenting a Panorama (which I have fronted) about the treatment of women by Islamic State (IS).

Ms Dooley had earlier boasted of how being an ‘untrained journalist’ made her better able to connect with people and has been described as “ratings dynamite” in UK newspapers.

She has even been given a £250,000 ‘golden handcuffs’ deal by The BBC to work only for the public broadcaster.

Perhaps inevitably, she made a terrible mistake in that episode of Panorama.

The programme was called ‘Stacey Meets the IS Brides’ and Ms Dooley’s voice over HAD said:“We saw women raising their index finger in an IS salute”.

But this was completely wrong and several viewers who had seen the trailer about it, criticised Ms Dooley’s comment on Twitter, explaining that Muslims often use this gesture while praying.

One said a complaint had been made to OFCOM.

After a deluge of complaints The BBC was forced to apologise, and announced that the episode was to be re-edited before its broadcast.

Another fundamental tenet of journalism, which evidently the police did not apply in the Beech case, is: USE YOUR COMMON SENSE!

Obviously anyone who comes to you with a story about children being murdered, should be treated with extreme caution.

Frankly this is unlikely to be true and you need evidence–yet it seems the Metropolitan Police believed Beech without this.

A top detective wrongly called the allegations “credible and true” before his force had even completed the inquiries.

Many years ago when I was training to be a journalist, the head instructor had a golden rule: CHECK, CHECK, CHECK!

It’s a shame that neither the police nor Ms Dooley do.

Not to mention all those conspiracy theorists…

Tomorrow – the extraordinary row on the world’s biggest research tool website which has also published claims that a controversial Welsh nationalist website is ‘apolitical’ when its ‘Editor’ supports independence for Wales.

The memories of Phil’s astonishing 36-year award-winning career in journalism as he was gripped by Hereditary Spastic Paraplegia (HSP), have been released in a major book ‘A GOOD STORY’. Order the book now!