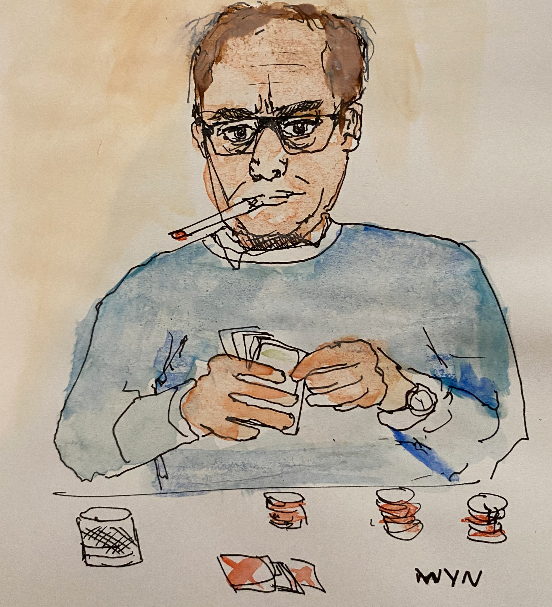 Following the hugely positive reaction to the disclosure by our Editor Phil Parry that an awful experience can have enormously beneficial effects in the long run which are unforeseen, here he provides more examples.

Phil has explained too how crucial it is actually to speak to people, the virtue of speed as well as accuracy, why knowledge of ‘history’ is vital, how certain material was removed from TV Current Affairs programmes when secret cameras had to be used, and

It is clear to me now that experiences which seem terrible at the time, can be good in retrospect.

I wrote earlier about how failing a journalist exam gave me television experience which I wouldn’t have had otherwise.

Using that experience, in 1992 I moved first to the BBC Cymru Wales (BBC CW) Current Affairs programme Week In, Week Out (WIW0), then to the network BBC Two Television series Public Eye (PE) (this was long before my Hereditary Spastic Paraplegia [HSP] would have made it impossible), but I regretted leaving Wales almost immediately.

The atmosphere in the office was AWFUL, without an ‘up and at ’em’ esprit de corps.

There were excruciating programme ‘review’ meetings which all the staff wanted to avoid having to attend.

‘Ideas’ conferences were held in the Editor’s office, but everyone was too terrified to say anything, and if they did, people would always utter the immortal words ‘I haven’t made any calls on it yet’, which meant ‘don’t jump down my throat because it’s only an idea’.

One producer would go bright red with embarrassment whenever she said anything!

The producers of individual programmes (including her) were excellent and very friendly, so I always saw their filming schedules as a chance to escape this atmosphere in the PE office in London.

Within a few months I started making concerted efforts to return to Wales, either working in television news, or with WIWO.

Fortuitously, a friend of mine at PE, Adrian Davies, was appointed as Editor of WIWO, and he asked me to return.

Adrian was pushing at an open door, and I jumped at the chance (to mix my metaphors – perhaps that should have been ‘I jumped through it’!).

So I came back to Welsh television, and have never regretted it for an instant.

I was lucky enough to win more awards (and broke any number of stories), as I settled down to start a family.

PE has now been axed, and if I had stayed in London I might have moved on to BBC Television Panorama (all the programmes I DID do for executives there, were made in Wales), but that programme is now a shadow of its former self, with NO staff reporters.

So, in fact, it was a good thing that I didn’t stay.

Once again, a time which appeared very black then, was actually tinged with gold in retrospect!

The memories of Phil’s decades long award-winning career in journalism (including some of the stories he has broken at the BBC) as he was gripped by the rare neurological disabling condition Hereditary Spastic Paraplegia (HSP), have been released in the major book ‘A GOOD STORY’. Order it now!