On this Remembrance Day, and after 23 years with BBC Cymru Wales (BBC CW), as well as 38 years in journalism when stories about conflict have often been covered, here our Editor Phil Parry looks at how the First World War played a major role in causing an enormous cultural change.

Major cultural changes are extremely rare, but they do happen.

The First World War is the root cause of one of them – and its ending had unforeseen ramifications.

When I started in journalism 38 years ago almost everyone in my newsroom smoked and you could cut the air with a knife.

The reporter opposite me on the paper smoked small cigars, and another always had extremely long cigarettes so he could linger on doorsteps while he smoked them!

The first question you were asked on my Thomson Regional Newspaper (TRN) training course in Newcastle where I was sent as a cub reporter in 1983, was “who here smokes?” and an ash tray was placed with great gravitas on his or her desk.

But now smoking is frowned upon. It is no longer allowed in pubs or cafes, and you regularly see a gaggle of hardened nicotine addicts outside buildings. 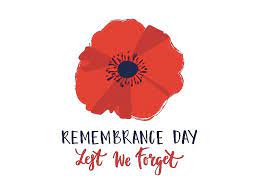 When I was lucky enough to be appointed the presenter of the BBC Cymru Wales (BBC CW) Current Affairs programme, Week In, Week Out (WIWO) I was privileged to interview Sir Richard Doll. Unfortunately WIWO has now been ditched in favour of ‘BBC Wales Investigates’ after 53 years. But the programme exposed me to the knowledge that if anyone deserves a statue in towns and cities around the UK it is Sir Richard, because his work saved millions of lives.

Sir Richard was an epidemiologist and the team he led discovered the link between smoking and lung cancer. He explained to me how they could not work out why there was a sudden spike in lung cancer deaths in the 1920s, and they pursued a number of different avenues, before all of them proved dead ends.

Among the possible causes, as they thought, was that the growth in lung cancer was because it was linked to the process of putting down new road surfaces – which was happening a lot in the 1920s.

But eventually they worked out it was not this.

In the end they established that the cause of the growth in lung cancer was the First World War.

At the beginning, in 1914, ordinary soldiers were recruited who smoked clay pipes.

These, though, were far more susceptible to being seen by eagle-eyed enemy snipers when they were in the trenches, so the soldiers quickly switched to cigarettes which were easier to hide and extinguish. 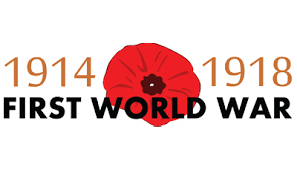 When the war finally finished on this day in 1918 the demobbed soldiers brought their cigarette habit home, and it quickly became de rigueur to smoke cigarettes, which are, of course, far more effective in delivering carcinogenic smoke into the lungs than clay pipes.

So that, Sir Richard explained, was behind the sudden upsurge in lung cancer cases in the 1920s and he went on to write several books trying to publicise his work.

But even though the link between cigarettes and lung cancer was known about early in the 20th century, it would be decades before action was taken.

A smoking ban in England, making it illegal to smoke in all enclosed work places, only came into force on July 1 2007 as a consequence of the Health Act of 2006.

Smoking is by far the biggest preventable cause of cancer. It accounts for more than 1 in 4 UK cancer deaths, and 3 in 20 cancer cases.

It has been reported that major US tobacco companies were to publish and broadcast messages that clearly stated they designed their products to be more addictive, even while knowing their health effects were deadly.

So Sir Richard has been responsible for saving more lives than anyone else. His name should be known more widely and his work should be celebrated everywhere.

If nothing else he is the reason why you can see properly now in newsrooms.

And the First World War of course!

My dad, Robert, fought the Nazis in the Second World War, and was lucky enough to survive. Many were less fortunate.  Remember them all.

Following a hugely positive reaction to the disclosure by Phil that an awful experience can have enormously beneficial effects in the long run which are unforeseen, and that chance can often play a central role, tomorrow he provides more examples.

The memories of his astonishing 38-year award-winning career in journalism (when conflicts which brought about huge societal changes have been reported), as he was gripped by the rare neurological condition Hereditary Spastic Paraplegia (HSP), were released in a major book ‘A GOOD STORY’. Order it now!

Regrettably publication of another book, though, was refused, because it was to have included names.