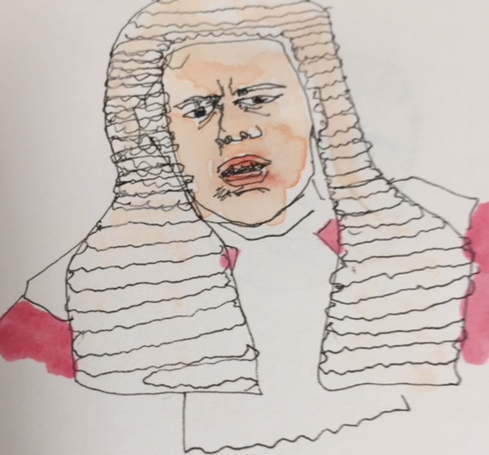 As new, worrying, details come to light of how media freedom is under threat even in the United States of America, here our Editor Phil Parry looks at why laws around the world, not least in Wales, restrict inquiring journalism, when the kind of investigative reporting he undertakes is needed more than ever to keep those in power on their toes.

Sadly it seems that media freedom is under threat today, even in the cradle of democracy, America, and in this, they seem to be following a trend that is happening worldwide.

Litigants, and potential litigants, there are now emboldened to turn to the law about media articles they object to, after two US Supreme Court justices, Neil Gorsuch and Clarence Thomas, took aim at New York Times Co. v Sullivan, a landmark ruling from 1964 that shielded newspapers from southern efforts to stifle coverage of brutality against civil-rights protesters.

In their eyes, the “actual malice” defence (which requires public figures alleging libel to prove the publisher printed a statement knowing it was false, or without caring whether it was true) may now be damaging.

This might sound very technical, but actually it is extremely important, and all journalists should be alarmed.

It effectively means that a vital legal defence for journalists is weakened, when they may want to publish factual information about important people who might not like these details brought out into the public glare.

I have been involved in any number of libel cases – covering them, successfully defending them, as well as prosecuting them – and I can tell you now that this is a hugely disturbing development.

It does, though fall into a familiar pattern of unfortunate incidents, where events across the globe have been even worse for journalists, and it seems that changes in the law have often been central.

For me it is absolutely crucial to allow a free media, and that dumbed-down ‘journalism’ does NOT keep those with influence on the straight and narrow. True democracies cannot function without unrestricted, inquiring, investigative journalism, and after a career of 38 years I know this more than most!

Yet this concept is under threat everywhere you look.

For example, after Slovenia seceded from Yugoslavia in 1991, it gave Radio Television of Slovenia (RTV-SLO) a mandate to report independently, unlike the state propaganda that passed for news under Communism. But the Government there is now refusing to pay RTV-SLO’s budget, and wants to pass a new media law that will make it easier to control.

In Latvia a new public-media law fails to include a set-aside tax, like the television licence fee that funds the BBC (which could now be cut after the Martin Bashir affair), and that leaves it vulnerable to political pressure. It is not clear, either, that the ‘supervisory board’ will be protected from political appointments.

When Viktor Orban won power in Hungary in 2010 he introduced legal changes to transform the state media agency MTVA into a propaganda organ. The group was restructured into a shell company in a fashion that exempts it from the law governing public media, and during the European Parliament elections in 2019, editors at MTVA were recorded instructing reporters to favour Mr Orban’s Fidesz party.

Poland’s Law and Justice (PiS) party followed Mr Orban’s example when it won power in 2015, and used the law to turn TVP (the public television network), into a bullhorn for the party. The network championed campaigns against gay rights and demonised the opposition mayor of Gdansk. After he was assassinated by an extremist in 2019, a court told TVP to pay damages, but it has not complied.

In Belarus the situation is also appalling. At least 16 journalists there are behind bars, and riot police are singling out reporters for arrests and beatings at protests as the media is intimidated.

In Russia the situation is particularly bad for journalists who are trying to report what is happening, as the ‘law’ is chopped and changed.

The autocratic president Vladimir Putin recently signed a law that will allow Russia to declare journalists and bloggers as “foreign agents” in a move that critics say will allow the Kremlin to target government critics.

Under the vaguely worded law, Russians and foreigners who work with the media or distribute their content and receive money from abroad would be declared foreign agents, potentially exposing journalists, their sources, or even those who share material on social networks to foreign agent status.

These are extreme examples of the kind of restrictions on a free media which are happening in the USA, as the Supreme Court waters down a defence against reporting factual information.

We journalists are just far too nosey!

Tomorrow – the continuing row over neutrality at the BBC where Phil worked for 23 years, after a controversial appointment process was defended at a newspaper in which a senior executive is the husband of the woman at the centre of it all.

Phil’s memories of his astonishing decades long award-winning career (which has included numerous legal threats) as he was gripped by the rare neurological disabling condition Hereditary Spastic Paraplegia (HSP), have been released in a major book ‘A GOOD STORY’. Order the book now!