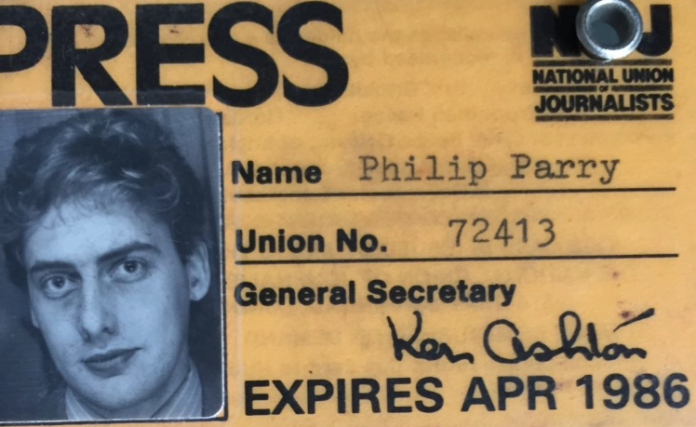 After a 23 year career with The BBC, and 38 years in journalism, (when he was trained to use clear and simple language, avoiding jargon), here our Editor Phil Parry, explains why he has informed a Chinese state media organisation that he will no longer contribute to their programmes, as a report last month outlined how media freedom in the country was declining at ‘breakneck speed’.

For some time I have been used as a political pundit on  World Today (CGTN Radio – a Chinese station), but I have now informed them:  ‘As you are state-run (they call it state-‘affiliated’), and, as I have written about on my website, I believe in media freedom, I no longer wish to contribute to ANY of your programmes  https://the-eye.wales/nosey-media-monkey/’.

This message to CGTN is unlikely to be seen as an intended Valentine’s Day present, because it came days before a report by the Foreign Correspondents Club (FCC) of China which highlighted the truth about what is happening in the country.

The report in January, said that journalists there faced physical assault, hacking, online trolling and visa denials, as media freedom in China declined at a “breakneck speed”.

Local journalists in mainland China and Hong Kong are also being targeted, while the authorities have labelled the FCC an “illegal organisation”.

This term appears to be being bandied around willy-nilly, as President Xi Jinping exerts ever greater control in China, and journalists attempt to report facts, for example about the persecution of the mostly-Muslim Uyghur people in the north-western region of Xinjiang.

Human rights groups believe China has detained more than one million Uyghurs against their will over the past few years, in a large network of what the state calls “re-education camps”, and that it has sentenced hundreds of thousands of them to prison terms.

Two recent books have laid bare in horrifying detail what is happening inside China.

In ‘In The Camps’ by Darren Byler, it is described how facial recognition and high-technologuy surveillance, make resistance impossible.

The accounts from Gulbahar Haitiwaji in ‘How I Survived a Chinese ‘Reeducation’ Camp’ are just as disturbing.

Internees are forced to stand motionless for hours, sit on plastic stools, day in day out, until their intestines prolapse, and are told to sing patriotic songs, giving thanks to Mr Jinping.

“We were eternal victims, bowed under the weight of threats”, says Ms Haitiwaji.

In the knowledge that satire can on occasions tell truths, better than factual items like this, China has, too, become the butt of jokes in the UK satirical magazine Private Eye.

Under the headline: “CHINA INSISTS ON NEW ENDING FOR FIGHT CLUB”, a humorous, but perhaps telling, item said: “Brad Pitt’s famous slogan has now become the first rule of Fight Club is don’t fight China, because you’ll lose and be locked up. 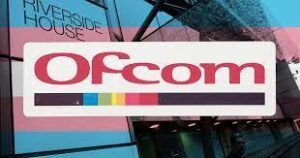 “The second rule is now: “‘Don’t talk about Fight Club or you’ll be run over by a tank’.

“The third rule of Fight Club is ‘Obey our Great Leader, President Xi, as he leads us to ever greater freedoms through his Thought on Socialism with Chinese Characteristics for a New Era.”

CGTN, however, have a slightly different view of events surrounding the Uyghurs.

Their journalists have ‘reported’ that: “Some anti-China forces in the West, including the United States, have concocted and disseminated plenty of false information about China’s Xinjiang Uygur Autonomous Region.

“Xinjiang-related issues are not about human rights, ethnicity or religion at all, but about combating violent terrorism and separatism. The Chinese government has launched anti-terrorism and deradicalization efforts in Xinjiang in accordance with the law to protect people’s lives, which has garnered ardent support of people from all ethnic groups.

“People in the region continue to embrace peace and prosperity and Xinjiang society continues to develop steadily. These facts are the most powerful tool to debunk lies on Xinjiang”.

Yet last year Ofcom said the company which possesses the UK licence for CGTN is not actually in charge, which is against its rules.

It seemed that Star China Media Limited (SCML), which owns the licence for CGTN, “did not have editorial responsibility”.

This judgement was made after accusations that CGTN repeatedly breached impartiality rules and aired forced confessions.

Ofcom had also received a complaint stating that CGTN should not be allowed to broadcast at all because it was effectively controlled by the Communist party.

The director of human rights group Safeguard Defenders, Peter Dahlin, said: “The best way forward is to revoke their (CGTN/SCML) licence to teach them that this is unacceptable”.

10 years ago the FCC was forced to issue a warning to its members after three employees of European media companies were attacked.

The reporters for the companies were covering land rights protests in the village of Panhe, in the eastern Zhejiang province, and during one incident, a French reporter had his car rammed, while a group of men beat up his Chinese assistant.

In another, a Dutch correspondent was attacked by men who appeared to be plain-clothes police.

It’s more recent controversies like these that have prompted my stern message to CGTN that I no longer wanted to appear on their programmes, and the alarming FCC report, which stated that media freedom in China was declining at “breakneck speed”…

The memories of Phil’s decades long award-winning career in journalism (when media freedom was all-important) as he was gripped by the rare neurological condition, Hereditary Spastic Paraplegia (HSP), have been released in a major book ‘A GOOD STORY’. Order it now!

Tomorrow – the senior executives in Wales who earn over £200,000 a year and have been named as “The best paid officials in the nation”, yet The Eye revealed that their institutions are engulfed in controversy.