Here our Editor Phil Parry looks at how journalism can sometimes play an important role in revealing the backgrounds of people in Wales who may be unknown, but have actually led incredible lives.

It’s nice to know that sometimes I can do some good!

Occasionally journalism is vital in bringing out astonishing information which otherwise may be known only to a handful of people.

Exactly this has happened, after a report published almost four years ago on the website I edit, The Eye, about an ‘unknown’ woman called Ira Mills-Calford from the Heath area of Cardiff.

All Ira’s possessions were in a cardboard box, and, it transpired, she had been adopted. At her death, Ira apparently had ‘no known relatives’. When I looked through all the letters and documents in the box, I discovered that Ira’s name at birth had been Dorothy Parry, and she was given up for adoption as a baby 77 years earlier in Gloucestershire. She had no relatives who could be traced after her death, and in her Will she left all her money to charity.

I thought there must be more to this unbelievable story, and it is now clear that ADOPTION played a central part in it.

Ira died still desperately searching for details of her birth mother. This much was plain from the information I gained from inside that cardboard box.

An Estate Agent in the city had been asked to value her house for probate, and intriguingly the box he gave me contained no picture of her – I was given some later.

Reading the papers inside, it was clear that over a long time she had made concerted attempts to find out about her birth mother.

In a letter dated November 25 1995, from the ‘General Register Office’ in the ‘Office Of Population Censuses & Surveys’, details are revealed, written in a spidery hand, of an appointment at the ‘Fostering and Adoption Office’ with the ‘Newport Home & Family Finding Team’.

Stuffed into an airmail envelope was a copy of her biological mother, Irene’s, birth certificate from April 20 1922, with the registration details giving her home as Newnham in Gloucestershire.

Irene would only have been 20 when her daughter was born.

Closer inspection of the airmail envelope showed that it came from the ‘Family History Library’ of ‘The Church of Jesus Christ of Latter-Day Saints’, otherwise known as The Mormons, and they have created a vast archive by collecting the birth details of long-dead people.

A leaflet in the cardboard box was from the ‘Family Search Center’ at the Church’s headquarters in Salt Lake City, Utah, in the USA, meaning that Ira had contacted The Mormons to provide facts about her birth mother. 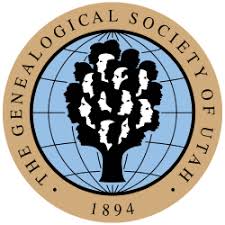 Another letter came from England’s ‘General Register Office’ asking for details from ‘Littledean Juvenile Court’ about ‘the name of the adoption society or local authority which made arrangements for the adoption of (written in pen) Dorothy Jeanne Parry, at the age of just eight months.

She must have had a happy childhood though, with her adoptive parents in Cardiff.

In the cardboard box was a small dog-eared drawing of a Christmas tree with on the back, in a child’s handwriting, “To Mamey From Ira”.

Along with endless documents about life insurance, Ira kept cards from well-wishers after her adoptive mother’s death in 1992. One said:  “No one could have done more…”

She had also kept mementoes – including a copy of the Western Mail from August 12 1961 with a picture on the front of Prince Andrew as a very young boy, and an advert for ‘The Compton Electrone’ with the wonderful slogan “Only the BEST is good enough for YOUR Church”.

It said the “Sole Agent for South Wales” for “The Compton Electrone” was the “TARRS” store “PIANOFORTE & ORGAN DEPT.” on The Square in Ammanford, giving a four digit telephone number.

A front page story in the Western Mail was headlined:  “PHONE CALL FROM MAN IN WARSAW”.

It seemed Ira remained unmarried all her life – one of the more recent letters in the cardboard box was addressed to a ‘Miss’ Ira Mills-Calford. Interestingly there was a photograph in the box of a handsome young man wearing a flower in his buttonhole, but judging by its age this was almost certainly her adoptive father John Calford. He was a ‘Plumber, Decorator & General House Repairer’ and his business card was also in the box with the same address in Cardiff where Ira grew up.

Following publication of my first story about Ira on The Eye, astonishing information has come to light.

She was an English teacher at a school in Cardiff, and formed a great influence on author Catrin Kean, to whom she dedicated the book ‘Salt’, which has been shortlisted for a prize in the Literature Wales (LW) ‘Rhys Davies Fiction Award, Book Of The Year’.

In the ‘acknowledgements’ section, she writes: “A great teacher stays with you always. Miss Calford, thank you”.

Ms Kean told me: “I can remember her really clearly, and her slightly gravelly voice. 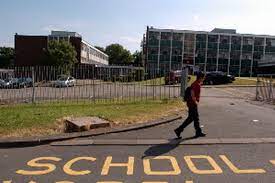 “She was terrifying and inspirational at the same time. When I was looking for her I posted on the Llanedeyrn High School Facebook page and loads of people replied with their memories of her – some saying they were terrified of her, but others saying they appreciated her strictness and others with very funny descriptions of her acerbic wit.

“I never found her terrifying, and she spotted and nurtured my writing from the first day in that school”.

Extensive research has revealed that Ira herself has even appeared, after her death from cancer, on Facebook (FB) with details about the camera she used.

This is what featured: ‘Ira Mills Calford tells us “I took these pictures with (a) box camera. One photo is of my teachers and the other is of my classmates at a school trip to the Brecon Beacons. Both pictures were taken in 1954 and relate to Allensbank School”‘.

I was also first contacted by a distant cousin, and then, a few weeks ago, by a woman who was married to another cousin of Ira’s, called Eileen Mills Long.

This is what she wrote:

“Hello there. I was married to Frank Mills, Ira’s cousin.

Ira was very close to her (adoptive) mum, Annie, and when Annie was very ill, Ira took care of her. When Auntie Annie died, Ira was very upset.

“Ira was left her (adoptive) parents’ house, which she lived in for a short time, and then rented out.

“But we gradually lost contact. She moved from Thornhill Road, to King George V Ave (Cardiff).

Ira’s (adoptive) mother told me that Frank and Ira were both adopted from inside the family, so they would not be taken into care.

“When Auntie Annie was alive, she told me there was a tin, with details of Frank’s adoption in it. Frank knew he was adopted as well.
After we divorced, like Ira he too went looking for his birth parents. Years later Frank found out Ira had also decided to look for her birth family. Although Frank and Ira kept in touch, I do not think she told him anything.

After years passed, a mutual friend of ours told me that Ira was very ill with cancer, and that she was in Llandough hospital.

It was so very sad for all of us. Ira was a lovely, lovely person.”

Usually journalism digs out awkward facts which attract horrendous public abuse (now it usually comes on social media), but sometimes it prompts a warm glow inside the journalist!

Tomorrow – why a remarkable statement by the main Welsh independence organisation, headlined “WE WILL NOT TOLERATE INTOLERANCE”, throws the spotlight again on the shock resignation of its founder, and how for many it reveals that it is in complete disarray over an extraordinary internal battle, with one supporter tweeting that there is “fear for the movement” and another saying it is in a “very precarious position”.

The memories of Phil’s decades long award-winning career in journalism (including discovering facts about people’s backgrounds) as he was gripped by the rare neurological disabling condition Hereditary Spastic Paraplegia (HSP), have been released in his own book ‘A GOOD STORY’. Order the book now!