Home Journalism If you’re in a hole stop digging…

Here our Editor Phil Parry looks at how the arrest of the woman described as a “pimp” throws the spotlight once again on training to handle the media’s questions.

He has disclosed as well why investigative journalism is needed now more than ever although others have different opinions, how the current coronavirus (Covid-19) lockdown is playing havoc with media schedules, and the importance of the hugely lower average age of councillors compared with when he started reporting.

Media management is appalling but also, at times, necessary.

Ghislaine Maxwell may have been arrested for alleged procurement of young girls for sex (including, prosecutors say, Prince Andrew), and described by a US private detective as “Jeffrey(Epstein)‘s pimp” but the extraordinary event is also important because it throws the spotlight on to this black art.

In court papers filed in New York, one woman has claimed she was Ms Maxwell’s first victim and described in shocking detail how she allegedly “groomed” her from the age of 13.

The woman says she endured years of rape and abuse after Ms Maxwell, and her then boyfriend Epstein, approached her at an American summer camp in 1994 and offered to help with her singing career.

She is considered such a strong suicide risk that she has been made to wear paper clothes and sleep on paper sheets in prison.

But Ms Maxwell has support in powerful places.

“But I wish her well, whatever it is. I don’t know the situation with Prince Andrew. Just don’t know, not aware of it.”

Ms Maxwell has been transported to the Metropolitan Detention Center in Brooklyn, New York, where officials have been specifically tasked with making sure that she has extensive protections.

They are worried that she might harm herself or that other inmates might try to attack her.

Meanwhile The Mail on Sunday has reported that one of Epstein’s victims was allegedly abused in a London house belonging to Ms Maxwell.

The property was a three-storey house in Stanhope Mews East, South Kensington, and was bought for Ms Maxwell by her father, the late newspaper tycoon Robert Maxwell, in the 1980s while she was at university.

She is believed to have sold the property for £267,000 in 1995 and moved to a house in Kinnerton Street, Belgravia, two years later.

It was in Kinnerton Street that a notorious photograph of Prince Andrew with his arm around Virgina Roberts Giuffre, then aged 17, was taken in 2001.

In an effort to try and put distance between himself and this growing controversy, Prince Andrew has engaged in an astonishing media ‘offensive’ but it has not always been successful.

During a calamitous BBC TV Newsnight interview, he admitted he had “let the side down” and said that he had been wrong to maintain a friendship with Epstein after he had already been jailed for procuring an under-age girl for prostitution.

Yet Ms Giuffre claims she was forced by Epstein to have sex with Prince Andrew, and Public Relations (PR) consultants have been highly critical of the decision to do the Newsnight interview at all.

He has also been photographed apparently in earnest conversation with Epstein, who was found dead in his cell where he awaited court action on sex trafficking charges. 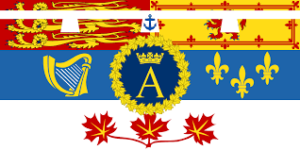 As Ms Maxwell embarked on her journey through the US justice system, Prince Andrew was probably sitting at home at Royal Lodge in Windsor, monitoring the news reports and in constant communication with his lawyers.

But the key question is: should he be seriously concerned that Ms Maxwell will sell him out to try to get a more lenient sentence?

Earlier events (the veracity of which is disputed) were not good for him, and the Newsnight interview itself has been described as “disastrous”.

It was a classic example of someone in need of media training, although generally I abhor this practice.

Politicians and others with influence are trained how NOT to answer difficult questions, and to use techniques which unsettle the interviewer.

Long before I started The Eye, a senior Welsh politician who had obviously done media ‘training’, was before me on BBC Wales Today (WT) in 1988, after slogans had been daubed on a UK Government building.

He hadn’t done it, but he was defending those who had, and I was preparing to give him a hard time.

Before the interview started, he leant over and touched me.

“That’s a nice tie,” he whispered. “Where did you get it?” I was of course, completely floored and stuttered out my ‘aggressive’ questions.

On another occasion I filmed my own report for Newsnight about the noises coming from a home for disabled people.

The manager of the home was in front of me, but before the camera was rolling he said:  “You look rather tired, are you all right?”. 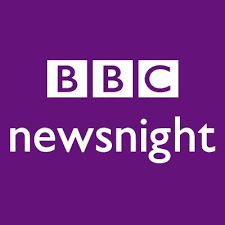 Again I was completely flummoxed, and my questions missed their target.

Media advice (if only Prince Andrew had received some that was good!) also must be never, EVER, to storm out of an interview.

If that happens the interviewee immediately looks guilty.

The former Defence Secretary John (now Sir John) Nott notoriously did it in a fit of pique when he took exception to the apparently innocuous phrase “here today and gone tomorrow politician”.

Storming out like this in interviews is extremely rare, but it has happened to me a couple of times during my career.

You always know you are on to a winner when you sense this is about to happen.

‘Just one more question will push this person over the edge and I’ll get a walk-out’ you think!

All the reporter has to do then is shout questions at the disappearing back, like “why won’t you answer the question xxxx ?”.

One of the ‘walk-outs’ came during filming for the now-defunct BBC Wales Current Affairs series Week In Week Out (WIWO), another was when I was on WT.

The WT walk-out was by the head of a major telecoms organisation in 1988, and the instruction came from on high that I could only run it if the WHOLE interview was shown.

Of course nobody was interested in the long boring earlier footage, until it reached the point where the executive walked out!

The WIWO one came during an interview with a fraudster when I confronted her with the truth about the outrageous claims that were being made.

Bizarrely my producer, TV crew and I were then locked in the room by her acolytes (mistakenly I think) where the interview had just taken place!,

But despite these difficulties I think it is a vital role for journalists to hold to account those with influence over people’s lives.

This is why I am deeply upset that WIWO has now been axed after 53 years, and been replaced by BBC Cymru Wales (BBC CW) with ‘BBC Wales Investigates (BWI)’ for occasional ‘big’ stories.

Perhaps Prince Andrew could have done with knowing about what to do and what not to do, before doing the Newnight interview!

Tomorrow – the controversial sports journalist in Wales causing ructions when she freely gives her own opinions.

The memories of Phil’s extraordinary 36-year award-winning career in journalism (including the ‘walk-outs’ he has caused and interviews with people who have had media ‘training’) as he was gripped by the incurable disabling condition Hereditary Spastic Paraplegia (HSP), have been released in a major book ‘A GOOD STORY’. Order the book now!