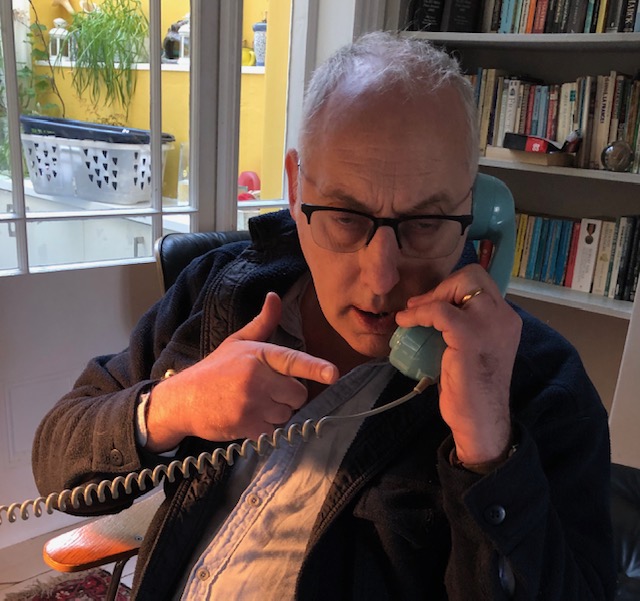 After a 23 year career with The BBC, and 38 years in journalism, (when he was trained to use clear and simple language, avoiding jargon), here our Editor Phil Parry, shows how song lyrics can hit the mark when it comes to the abuse he endures.

“No one knows what it’s like
To be hated, to be fated”

These lyrics by The Who in Behind Blue Eyes have a special resonance for me, because I suffer a constant barrage of abuse.

People seem to support the concept of a free, inquiring, media, until investigative journalists like me look at THEM!

I receive far more offensive comments now, than when I started in journalism in 1983 as a cub reporter on the South Wales Echo (SWE) (then the biggest-selling paper produced in Wales), and the rise of social media has meant that the online insults are becoming worse, too, not better…

My Wikipedia entry has recently been vandalised to include the words ‘tool’ and ‘knob head’, and last month I was compared on Twitter to the comedy broadcaster Alan Partridge.

Following a story about the former Welsh rugby international, and broadcast pundit Jonathan Davies I came under attack from one of his supporters.

Mr Davies himself had said on social media that The Eye’s reporting was “negative journalism”, and a Marc Winchester, wrote on his Twitter thread:  “I’ll whack him (me)“. 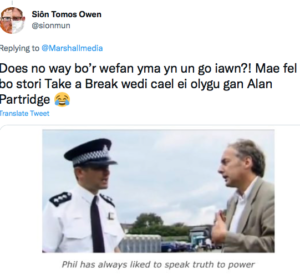 My Wikepedia entry has now been restored to its original form, after officials removed the abusive words.

The Alan Partridge comment was by a Sion Tomos Owen whose blog describes him as: “…a bilingual TV and Radio presenter, illustrator, writer and creative workshop tutor…”.

Mr Owen said in Welsh: “There’s no way that this website (The Eye) is for real?! It’s as if a Take a Break (light magazine) story has been edited by Alan Partridge” (laughing emoji).

A few weeks ago, another remark which concerned a television ‘reporter’ who had posted pictures of herself on Facebook (FB) or Twitter in skimpy clothes, showed how typical are the insults I constantly receive: “Your article on Ellie Pitt was bordering on mysogynistic bullying, a really pathetic article written by a bitter individual who was a complete failiure as a BBC correspondent and also loved bashing the Catholic Church with your disgraceful Panorama programme”.

Indeed accusations of being ‘misogynistic’ (which is the correct spelling) or ‘misogynist’ are a constant refrain among those who make these kind of remarks, if factual stories are published with the targets happening to be women, yet these are potentially libellous words, and the description is provably wrong.

In the past I have also been accused online (incorrectly) of being a “bastard” (many times), an “anti-devolutionist wanker”, “pure scum”, a “liar” (also many times) a “little git”, and (correctly) a “nosey git”, “irritating”, or a “nuisance”. But these so-called ‘descriptions’ come amid many others. Too many, in fact, to mention.

I rarely sue (although I do sometimes), and the online message must be particularly outrageous, as well as containing a libel (which most of them do).

Some can be rebutted in court using an “honest comment” defence (formerly known as “fair comment”), however most cannot, which means that any libel case is likely to be successful.

Perpetrators of this abuse appear to be unaware of the legal ramifications of their statements, and say the most appalling things online (which, of course, have been PUBLISHED to a third party so the rules apply).

It seems to be easier to make insulting remarks when a button is pressed, than it might be to consider what is being said, put pen to paper, and find a stamp, in order to send a letter.

Perhaps all those abusers need to listen to The Who lyrics in Behind Blue Eyes:  NO ONE KNOWS WHAT IT’S LIKE…

Tomorrow – the Welsh Government (WG) minister who commented on social media about a court case which is underway, apparently against all legal rules.

The memories of Phil’s decades long award-winning career in journalism (when online abuse was non-existent at the beginning) as he was gripped by the incurable neurological condition, Hereditary Spastic Paraplegia (HSP), have been released in a major book ‘A GOOD STORY’. Order it now!