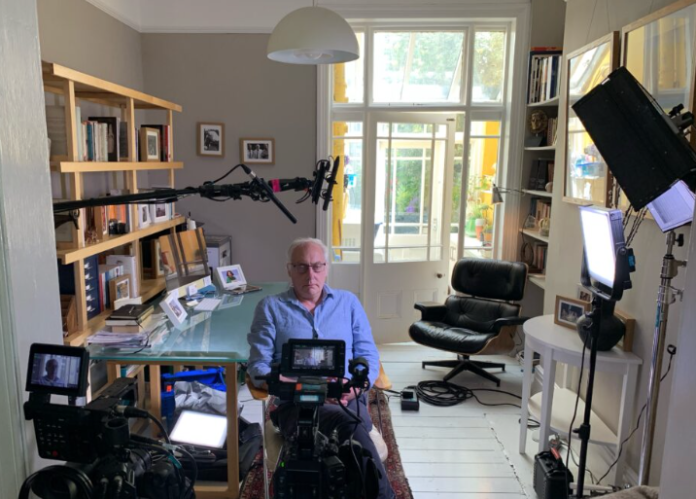 During 23 years with the BBC, and 38 years in journalism (when he was trained to use clear and simple language, avoiding jargon), our Editor, Welshman Phil Parry, was always taught everything published should be up-to-the-minute, yet days after it was ruled that a Welsh university was right to sack an academic for gross misconduct, he was continuing to use the title of ‘Professor’, and it was being advertised on an academic website, even though it shouldn’t be used.

Journalism has crucial rules – one is that everything that is seen MUST be fresh and updated (another will be explored on Monday).

For example, if a person has been exposed for wrong-doing, then a senior title should be rescinded IMMEDIATELY (it becomes more complicated with knighthoods or peerages, because once bestowed they are not normally taken away, WHATEVER has happened)!

Allied with this, is the salient fact that publication of OLD material about the individual can undermine the organisation which does it, because the public have been told quite a different story which should be reflected in what is said.

Exactly this, though, has happened.

The disgraced academic Marc Clement is STILL described as a ‘Professor’ by the ‘Learned Society of Wales’, which proclaimed on its website that he was elected as a ‘founding fellow’ in 2010 in the areas of “SCIENCE, TECHNOLOGY, ENGINEERING, MEDICINE & MATHEMATICS”.

Yet events which have been widely-reported this week tell another side to ‘Professor’ Clement.

He was one of two academics whose ‘unfair dismissal’ cases were thrown out by an employment tribunal, because they had failed to declare personal equity stakes in a multi-million pound land development scheme which has been engulfed in controversy.

After a tribunal in Cardiff lasting more than two weeks, for which there was an evidence bundle running to some 13,000 pages, Judge Stephen Jenkins ruled that Swansea University (SU) was justified in sacking ‘Professor’ Clement (the former dean of its management school), and his ex-colleague, Steven Poole, in 2019, following a protracted independent disciplinary hearing that began the previous year.

They were dismissed for gross misconduct alongside the university’s former Vice-Chancellor (VC) Richard Davies, who plans to bring his own employment tribunal case later.

One leading academic in Wales told me: “After what has happened, using the title of ‘Professor’ demeans the organisation”.

Professor (a CORRECT use of the title) Davies’ dismissal was not related to any proposed equity stakes in the £200 million ‘Wellness Village’ project.

SU had earlier given a hint about how stongly they felt about the matter, telling The Eye sternly: “Marc Clement has not been awarded Emeritus status by Swansea University,  so unless another institution has awarded him a title then he is not entitled to be called Professor.  The title comes with a role at a certain level and it is common for retiring Professors to seek Emeritus status from their institution in order to retain the title.  This was not sought or granted for Marc Clement”. 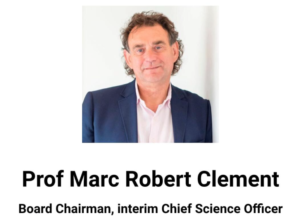 But ‘Professor’ Clement was apparently unabashed, and his published biography stated:  “Prof Marc Robert Clement Board Chairman, interim Chief Science Officer Marc is a renowned academic, inventor and entrepreneur in the field of Life Science and Medical Technology. Vice Chancellor and Chief Executive of the University of Wales (2007 – 2012)… He has now retired from academic life and is pursuing a career as an entrepreneur and innovator in life science”.

The question mark that hangs over continued use of this title, came as the enormous land deal that ‘Professor’ Clement was involved with (as well as other key players) faced intense scrutiny. The ‘Llanelli Wellness and Life Science Village’ (Delta Lakes) project has been rebranded as ‘Pentre Awel’ – Breezy/Windy Village but was at the heart of a major police inquiry after a formal complaint was made by SU to the Serious Fraud Office (SFO) in 2018, with at least eight addresses being raided by officers. Properties in Swansea, Carmarthenshire and Kent were searched as part of the investigation.

South Wales Police (SWP) issued a statement saying that the regional crime unit had executed “a number of warrants as part of an investigation into alleged bribery offences. Seven (then eight) addresses in Swansea, Carmarthenshire, and Kent (were) searched with the assistance of colleagues.”

The searches involved officers from SWP, Dyfed Powys Police and Kent Police forces, yet my journalists and I were alone in disclosing the properties which were raided by the police. They have said their inquiry was focusing on the tendering process of the Wellness Village/Pentre Awel project.

The scheme formed part of the £1.3 billion Swansea Bay City Deal and was run in partnership with SU as well as Hywel Dda and Abertawe Bro Morgannwg health boards. 86 acres of land at Delta Lakes received planning permission, and the giant scheme was to have included research and business development facilities, a state-of-the-art care home as well as an assisted living and rehabilitation centre, outdoor leisure space, a ‘wellness’ hotel, and a new leisure centre.

Chris Moore, the director of services at Carmarthenshire County Council (CCC) said at one point that “significant conversations” had continued with an unnamed higher education partner to come on board with the project (which may have come to nothing), and design work was progressing. Mr Moore claimed that around 15 financial companies had been approached by the council about potential expressions of interest. “There is some significant interest in the market, based on the business plan which has been put together by our financial analyst, with our assistance”, he said.

But a statement from SU made plain that this ‘business plan’ was under the microscope, and that other senior executives were involved in the police probe into it. It stated baldly:  “In September 2018, the University investigated a payment that had been made to Raymond Ciborowski (the University’s former Registrar) upon the termination of his employment. This investigation found that the agreement governing the termination of Raymond Ciborowski’s employment as Registrar contained irregular and inappropriate provisions.”

The statement continued:  “… gains included salaries from future appointments and equity potentially worth millions of pounds. The evidence suggested that there were material and serious interests that should have been declared under the University’s policies and procedures”.

An earlier announcement from SU’s ‘Associate Director Vice-Chancellor’s Office, Head of Legal and Compliance Services’ was: “The matters under investigation are very serious. The University has invested a significant amount of resource investigating the alleged misconduct, as have the authorities. It is essential that nothing is done to undermine the on-going processes. They must be allowed to run their course without interference.”

The astonishing investigation at SU was carried out as an unbelievable and highly defamatory internal computer campaign by someone calling him or herself ‘Your friend’, was launched to discredit it, and which has been only partly covered by the mainstream media in Wales.

Like when a ‘Professor’ is not entitled to use the title, but it is still advertised on an academic website, and it is not written there that the ‘Professor’ lost his claim that he was unfairly sacked…

The memories of Phil’s remarkable decades-long award-winning career in journalism (including being up-to-the-minute in reporting events) as he was gripped by the incurable neurological condition Hereditary Spastic Paraplegia (HSP), have been released in a major book ‘A GOOD STORY’. Order the book now!

Another book, though, has not been published, because it was to have included names.