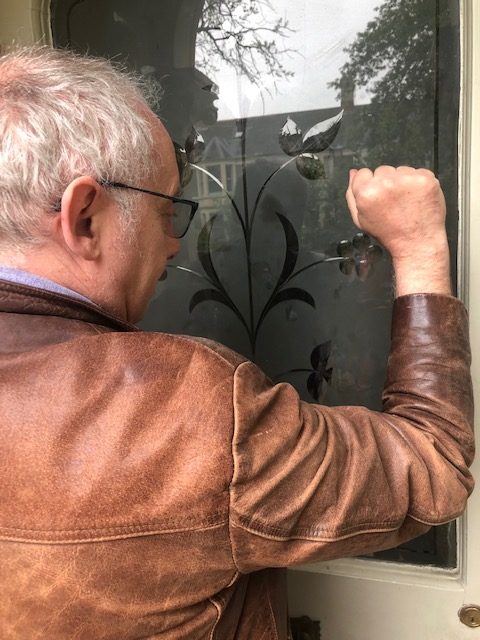 After a journalistic career based in Wales of 38 years, here our Editor Phil Parry looks at the importance of unrestricted media inquiry, as well as neutrality in reporting, after two journalists were awarded the Nobel Peace Prize for their “courageous fight” in defending freedom of expression.

I salute two journalists, Maria Ressa and Dmitry Muratov, who have just won the Nobel Peace Prize for their “courageous fight” defending freedom of expression in the Philippines and Russia.

In making this prestigious award officials called the pair “representatives of all journalists who stand up for this ideal”.

I pay tribute to them, and freely acknowledge that their work is far more important than mine.

Both Ms Ressa and Mr Muratove have exposed abuse of power at the highest level, and for this they deserve enormous credit, and in my own small way I have tried to do the same during 38 years as a journalist based in Wales.

For me, media freedom, as well as being objective and neutral in reporting or presenting the news (although not in the kind of Current Affairs journalism Ms Ressa and Mr Muratov undertake, when you must make a stand), are the bedrocks of an open, functioning democracy. This was hammered into me during my journalist training in 1983. It is a pity though, that others, it seems, do not share this view.

A new generation of journalists is questioning whether, in a hyper-partisan, digital world, objectivity is even desirable. “’Objectivity’-obsessed…journalism is a failed experiment”, tweeted Wesley Lowery, at CBS News. The Dean of Columbia Journalism School described objectivity as an “inherited shibboleth” in a message to students.

Objectivity has been “turned into a cartoon”, said the Executive Editor of the New York Times, Dean Baquet.

Disenchanted with objectivity, some journalists have alighted on a new motto: ‘moral clarity‘.

The phrase, initially popularised on the right, has been adopted by those who want media outlets to make clearer calls on matters such as racism.

The division between news and comment, becoming blurred in newspaper journalism, dissolves altogether on the internet.

A study in 2018 found that 75 per cent of Americans could easily tell news from opinion in their favoured outlet, but only 43 per cent could on Twitter or Facebook.

The growing popularity of this kind of ‘journalism’ is closer to home as well. The UK’s Stacey Dooley (who boasts that being untrained makes her a better ‘journalist’), before a BBC Three documentary on coronavirus/Covid-19, admitted that she was “desperate”, and stated on Instagram: “Hi gang, hello, I’m sure you’re sick of these videos that everyone is posting online. I’m working from home for obvious reasons, I’m making a documentary for BBC Three about coronavirus.”

It appears the BBC may have forgotten that executives had to apologise and edit out Ms Dooley’s inaccurate commentary in a Panorama programme which claimed to portray the truth about Islamic State’s (IS) treatment of women, when she wrongly described holding up an index finger as an “IS salute”.

Wales is not immune either to this growing trend for more partisan, non-objective or non-neutral, so-called ‘news’. It is better, apparently, to push a certain agenda.

This is shown when a supposedly ‘independent’ news ‘service’ funded by the taxpayer claims to serve all “the people of Wales” yet plainly supports Plaid Cymru (PC), or if the man asking for public money to start a fresh one (Huw Marshall) has stood for the same party but claims “we will be politically neutral”.

This kind of ‘news’ comes at a heavy price however. Unless you are seen as entirely neutral, those who have opposing views will refuse to approach you with the other side of the story offering an alternative opinion. This salient fact was underlined for me by a ‘news’ piece in the taxpayer-backed Nation.Cymru (NC) which supports Welsh independence, about broadcaster Huw Edwards.

The website ‘reported’: “Huw Edwards has slammed the Times newspaper for claims about the use of Welsh by the world-renowned chemist Professor John Meurig Thomas”.

But NC has celebrated Mr Edwards’ outspokenness before. It has also in the past published another ‘news’ piece saying: “Broadcaster Huw Edwards has protested the BBC’s new rules on using social media by unleashing a cascade of Welsh flags”.

This article included details of the new guidelines masterminded by BBC Director General Tim Davie which tell presenters:  “If your work requires you to maintain your impartiality, don’t express a personal opinion on matters of public policy, politics, or ‘controversial subjects’”.

The former Editor of NC, Ifan Morgan Jones, even teaches journalism at a Welsh university!

This move towards one-sided, opinionated, ‘journalism’ cannot be disentangled from the push for celebrity ‘news’ and ‘dumbing-down’, not least in Wales.

Paul Rowland was the ‘Audience And Content Director’ of one of the most important media organisations in Wales, a website called WalesOnline, and threatened to sue me over an accurate satirical piece on The Eye, about the number of ‘stories’ they had published concerning the opening of a Cardiff bar. In issuing the legal threat, he used the extraordinary words “satire is no defence against libel” when in fact sometimes it can be.

On his website, he advised a reader anxious to break into journalism:   “You might not be interested in ’19 mouth watering street food dishes and where to find them in Wales’, and you might believe it’s not something we should be writing (I wouldn’t agree, but that’s fine). That doesn’t mean it’s clickbait.”

But as last week’s award shows, there is now a fight-back among those who think it is important to have media freedom, and be neutral or objective in journalism. I align myself firmly with them. The danger is that advocates of ‘moral clarity’ slide self-righteously towards crude subjectivity, yet trying to pursue objectivity and media freedom, also means you must develop a thick skin.

In the past I have been called wrongly on the internet, a “bastard”, a “liar”, a “misogynist”, a “little git”, and accurately, a “troublemaker”, a “nuisance”, “irritating”, as well as “annoying”, by people from all political parties, and warned that I would be ‘whacked’.  A long-standing journalist friend of mine, calls social media, “a cess-pit”. I have also been threatened with legal action countless times, yet none of the threats have ever come to anything.

Bari Weiss, a New York Times Editor, resigned, criticising what she said was the new consensus at the paper “that truth isn’t a process of collective discovery, but an orthodoxy already known to an enlightened few whose job is to inform everyone else”. Tom Rosenstiel of the American Press Institute has said:  “If journalists replace a flawed understanding of objectivity by taking refuge in subjectivity and think their opinions have more moral integrity than genuine inquiry, journalism will be lost”.

Perhaps, also, the future is NOT entirely bleak.

Young people are aware of how important media freedom and neutrality are in staying true to this integrity, yet are worried that these principles are being eroded.

In the student magazine and website Varsity, one piece declared: “Subjectivity – while perfectly appropriate for editorials, opinion pieces, columns, and blog entries, and occasionally for analyses and features, given that readers are informed that the ideas represented therein are not neutral – has no place in news reporting”.

It seems that Ms Ressa and Mr Muratov can see this. Others WON’T get prizes for their journalism, however…

Tomorrow – how a controversial BBC television presenter in Wales who endorsed a Cardiff shop on Twitter, and told us about going to the beach when everyone else was governed by lockdown rules, has again caused outrage within her organisation by using social media to back another private business, saying that she couldn’t “wait to come and party…soon”.

The memories of Phil’s astonishing 38-year award-winning career in journalism (when media freedom and neutrality have been central), as he was gripped by the rare neurological condition Hereditary Spastic Paraplegia (HSP), were released in a major book ‘A GOOD STORY’. Order the book now!

Regrettably publication of another book, though, was refused, because it was to have included names.