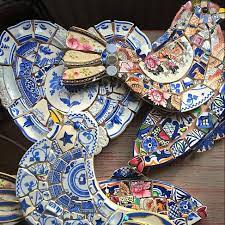 After a 23 year career with BBC Cymru Wales (BBC CW), and 38 years in journalism, (when he was trained to use clear and simple language, avoiding jargon), once more our Editor Phil Parry, looks at China’s role in the unprovoked invasion of Ukraine by Russia, amid news that it has just held a summit with the European Union (EU), and where it’s been reported that media freedom is declining at ‘breakneck speed’.

In the last few days, a top-level summit has been held between the Chinese leadership and the European Union (EU), which, as well as the war, in Ukraine emphasises the importance of having a FREE media to provide FACTS about what is happening.

Another one was held in the days before war had even started – although this one was between the invader of Ukraine (Russia), and China.

Xi Jinping said their friendship “knows no limits”, but that may be tested by revelations of the appalling atrocities uncovered by liberating Ukrainian forces at the weekend.

The bodies of hundreds (perhaps as many as 410) of civilians were found by the Ukrainian army in the town of Bucha, near Kyiv.

Some were discovered with their hands tied behind their backs.

Writing on Twitter, the United Nations Secretary General Antonio Guterres has called for an independent investigation that “leads to effective accountability”.

Yet in the post-summit communique after their pre-war meeting, the public were told that both the leaders (Vladimir Putin and Mr Jinping) believed in freedom and democracy, although in their cases they appear to be compatible with eliminating those who oppose them, holding rigged elections, and restricting (or even outlawing) an independent media.

China wanted the summit with the EU on April 1, to be solely about trade, but the war has changed everything, and focused eyes on the abuse of human rights in that huge country, along with how it refuses to allow the free media that has now been put centre stage.

It took Chinese diplomats a while to realise that European leaders would not agree to a conventional, trade-focused, summit, and China’s first offer was an online meeting with its Prime Minister, Li Keqiang, a technocrat who holds an essentially economic portfolio.

Now, though, the EU wanted to talk (among other things) about how the leadership there treats the media, because it is clear that the kind of journalism we conduct on The Eye would not be tolerated in China, and EVERYBODY should be concerned about that – in Wales as well as all democratic nations!

The media in Russia is, largely, state-controlled, but this abysmal situation is equally bad in China.

Censorship in China has been implemented and mandated by the country’s ruling party, the Chinese Communist Party (CCP). Government officials censor content for mainly political reasons, such as in curtailing political opposition, as well as to block information about events which are unfavourable to the CCP, like, for example, the 1989 Tiananmen Square protests and massacre, but also in order to maintain control over the populace.

Since Mr Jinping became General Secretary of the CCP (and is now seeking a THIRD term against norms) in 2012, censorship has been significantly stepped up. The government now has control over all media capable of reaching a wide audience, including, television, print, radio, film, theatre, text messaging, instant messaging, video games, literature, and the internet.

Its grip is almost total, and there is only a semblance of defence for it.

Chinese government officials assert that they have the right to control the internet’s content within their territory, and that their rules do not infringe on citizens’ right to free speech. However, Reporters Without Borders ranks China’s freedom of the media situation as “very serious”, the worst ranking on their five-point scale. 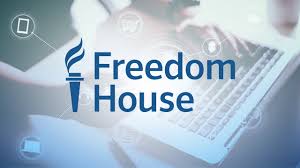 Even 10 years ago China’s position was appalling.

The ‘OpenNet Initiative’ classified internet censorship in China as “pervasive” in political and conflict/security areas, as well as “substantial” in those of social and internet tools, the two most extensive classifications of the five they use. Freedom House, a US-backed NGO, ranks the Chinese press as “not free”, the worst possible ranking, declaring that “state control over the news media in China is achieved through a complex combination of party monitoring of news content, legal restrictions on journalists, and financial incentives for self-censorship”.

This terrible state of affairs has had major personal ramifications, as for some time I was used as a political pundit on World Today (CGTN [China Global Television Network] Radio), but I have now informed them:  ‘As you are state-run (they call it state-‘affiliated’), and, as I have written about on my website, I believe in media freedom, I no longer wish to contribute to ANY of your programmes  https://the-eye.wales/nosey-media-monkey/’

My decision came even before a report by the Foreign Correspondents Club (FCC) of China, which highlighted the truth about what is happening in the country. The report in January, said that journalists there faced physical assault, hacking, online trolling and visa denials, as media freedom in China declined at a “breakneck speed”.

Local journalists in mainland China and Hong Kong are also being targeted, while the authorities have labelled the FCC an “illegal organisation”. This term appears to be being bandied around willy-nilly, as Mr Jinping, exerts ever greater authority in China.

Journalists’ attempts to report facts, for instance about the persecution of the mostly-Muslim Uyghur people in the north-western region of Xinjiang, are being severely hampered. Human rights groups believe China has detained more than one million Uyghurs against their will over the past few years, in a large network of what the state calls “re-education camps”, and that it has sentenced hundreds of thousands of them to prison terms.

Two recent books have laid bare in horrifying detail what is happening inside China. ‘In The Camps’ by Darren Byler, describes how facial recognition and high-technologuy surveillance, make resistance impossible. The accounts from Gulbahar Haitiwaji in ‘How I Survived a Chinese ‘Reeducation’ Camp’ are just as disturbing. Internees are forced to stand motionless for hours, sit on plastic stools, day in day out, until their intestines prolapse, and are told to sing patriotic songs, giving thanks to Mr Jinping. “We were eternal victims, bowed under the weight of threats”, says Ms Haitiwaji.

CGTN, however, have a slightly different view of events surrounding the Uyghurs, and their journalists have ‘reported’ that: “Some anti-China forces in the West, including the United States, have concocted and disseminated plenty of false information about China’s Xinjiang Uygur Autonomous Region”.

Yet last year Ofcom said the company which possesses the UK licence for CGTN is not actually in charge, which is against its rules. It seemed that Star China Media Limited (SCML), which owns the licence for CGTN, “did not have editorial responsibility”. This judgement was made after accusations that CGTN repeatedly breached impartiality rules and aired forced confessions. Ofcom had also received a complaint stating that CGTN should not be allowed to broadcast at all because it was effectively controlled by the CCP. The director of human rights group Safeguard Defenders, Peter Dahlin, said: “The best way forward is to revoke their (CGTN/SCML) licence to teach them that this is unacceptable”.

10 years ago the FCC was forced to issue a warning to its members after three employees of European media companies were attacked. The reporters for the companies were covering land rights protests in the village of Panhe, in the eastern Zhejiang province, and during one incident, a French reporter had his car rammed, while a group of men beat up his Chinese assistant.

In another, a Dutch correspondent was attacked by men who seemed to be plain-clothes police.

The memories of Phil’s decades long award-winning career in journalism (when media freedom was all-important) as he was gripped by the rare neurological condition, Hereditary Spastic Paraplegia (HSP), have been released in a major book ‘A GOOD STORY’. Order it now!

Tomorrow – how airline enthusiasts on a major social media forum have heavily criticised the biggest airport in Wales, which was bought using taxpayers’ money for £52 million, when a Scottish equivalent was purchased for £1, with one declaring that he is worried about its “long term viability”.