Home Journalism Truth will out again! 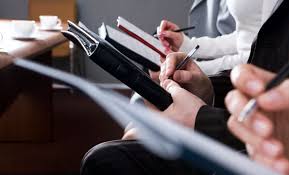 As more evidence comes to light of restrictions on journalists, and how they suffer enormous abuse, here our Editor Phil Parry looks again at why the type of inquiry they undertake has a central role to play, when it was paramount for him during a 23 year career with BBC Cymru Wales (BBC CW), and 38 years in journalism.

Journalists should be allowed to do their job.

Unless this happens criminals prey on innocent individuals, giant corporations disregard their customers’ wishes, and perhaps most importantly, governments think they can do what they want.

In trying to hold true to these ideals, I have been called (wrongly), a “bastard”, a “liar”, a “misogynist”, a “little git”, and (accurately), a “troublemaker”, a “nuisance”, “irritating”, as well as “annoying”.

Just a few weeks ago an accurate story on The Eye (which I edit) was accused of being ‘sick’.

Ironically this was from someone who had himself been accused of being ‘sick’, for making so-called ‘jokes’ about a murdering gunman on social media, been told off by Twitter, called senior politicians ‘t**ts’, and was at the centre of a police investigation.

This sort of behaviour, however, pales into insignificance compared with what is happening to journalists around the world.

For example, after Slovenia seceded from Yugoslavia in 1991, it gave Radio Television of Slovenia (RTV-SLO) a mandate to report independently, unlike the state propaganda that passed for ‘news’ under communism. But the Government there is now refusing to pay RTV-SLO’s budget, and wants to pass a new media law that will make it easier to control.

In the Netherlands the situation seems just as bad. Reporters on the national public news broadcaster, the NOS, have been physically attacked at protests, and also while reporting on Covid-19 measures. Last year the NOS removed its logo from its satellite vans after they were repeatedly harassed in traffic.

In Latvia, the chief risk is the legal and financing structure. The country’s new public-media law fails to include a set-aside tax, like the television licence fee that funds the BBC (which could now be cut after the Martin Bashir affair), and that leaves it vulnerable to political pressure, while it is not clear that the supervisory board will be protected from political appointments.

The prime example, of course, is Russia where RT (Russia Today) is accused of being a mouthpiece for Vladimir Putin. By the mid-2000s Russian news shows’ agendas were being set at government-led meetings.

When Viktor Orban won power in Hungary in 2010 he adapted Mr Putin’s blueprint, transforming the state media agency MTVA into a propaganda organ. The group was restructured into a shell company in a fashion that exempts it from the law governing public media, and during the European Parliamentelections in 2019, editors at MTVA were recorded instructing reporters to favour Mr Orban’s Fidesz party. 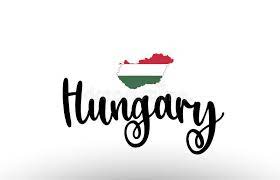 Poland’s Law and Justice (PLS) party followed Mr Orban’s example when it won power in 2015, and quickly turned TVP, the public television network, into a bullhorn for the party. The network championed campaigns against gay rights and demonised the opposition mayor of Gdansk. After he was assassinated by an extremist in 2019, a court told TVP to pay damages, but it has not complied.

The awful abuse I have endured online is as nothing compared with the suffering of others worldwide.

In Belarus for instance the situation is also appalling. At least 16 journalists there are behind bars, and riot police are singling out reporters for arrests and beatings at protests as the media is intimidated.

On May 23 the embattled dictator Alexander Lukashenko, forced a Ryanair passenger plane to make an unscheduled stop in his capital in order to arrest the editor of an internet channel, NEXTA, that has been reporting on his crackdown.

Roman Protasevich, aged 26, was taken off the plane, which was flying from Athens to Vilnius, the Lithuanian capital. Citing what it said was ‘evidence’ that there were explosives on board, the authorities forced the aircraft to land in Minsk as it passed through Belarusian airspace on its way to neighbouring Lithuania, sending a MiG fighter plane to escort the Ryanair jet down. The state news agency later reported that no explosives had been found, and it seems certain that the incident was invented purely as a way of arresting the journalist.

The worrying news came after Marina Zolotova, the editor of Tut.by, an independent news website in the country, said: “Blue press jackets and press badges have become targets. When journalists go to cover a protest they cannot be sure that they will come home. This is a real war by the authorities against independent journalism and their own people.” It is clear that Mr Lukashenko is waging a war against journalists who have dared to report on his regime’s brutal crackdown against peaceful protesters.

At least eight protesters have been killed and hundreds more have alleged torture and rape, in police custody.

Among the most high-profile of those in prison is Yekaterina Bakhvalova, who was arrested on November 15 as she filmed riot police firing stun grenades into a crowd demonstrating against the death in police custody of a fellow protesters. 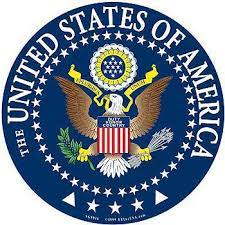 Around the world it appears to be becoming worse for media freedom and investigative journalism – while dumbed-down ‘news’ is seemingly wanted by authorities everywhere.

Dozens of reporters covering the anti-racism protests after the killing of the unarmed black man George Floyd that rocked the US, were apparently targeted by security forces using tear gas, rubber bullets and pepper spray. In many cases, the reporters said they were attacked despite showing clear press credentials.

Such assaults “are an unacceptable attempt to intimidate (reporters)“, said the Committee to Protect Journalists, a New York-based lobbying group. Attacks on journalists carried out by protesters have also been reported. The arrest of a CNN news crew live on air in Minneapolis, first drew global attention to how law enforcement authorities in the city were treating reporters covering the protests.

The Australian Prime Minister Scott Morrison asked his embassy in Washington to look into the use of force by police against an Australian news crew, as officers dispersed protesters there the previous day. It came after dozens of attacks on journalists and media crews across America over a single weekend were reported on social media.

In total the US Press Freedom Tracker, a non-profit project, says it is examining more than 100 “press freedom violations” at protests. About 90 cases involve attacks.

In Russia a special website is devoted to the numbers that have been killed for simply doing their jobs. Sometimes the persecution has official backing. Mr Putin recently signed a law that will allow Russia to declare journalists and bloggers as “foreign agents” in a move that critics say will allow the Kremlin to target government critics.

Under the vaguely worded law, Russians and foreigners who work with the media or distribute their content and receive money from abroad would be declared foreign agents, potentially exposing journalists, their sources, or even those who share material on social networks to foreign agent status.

But these worrying trends where journalists are under attack, come from the other direction, too.

Ukrainian journalists have appealed to Europe’s top human rights court after losing their jobs in the government’s purge of channels linked to a Kremlin-friendly oligarch.The NewsOne, ZIK and 112 Ukraine news channels were barred from broadcasting in February as a threat to national security. President Voldymyr Zelensky, accused them of peddling Russian propaganda but critics say he is “cleansing” Ukraine of critical media outlets.

Even in the (relatively) stable UK there is cause for alarm.

The Chief Reporter for the Mail, the local newspaper at Barrow-in-Furness in Cumbria, Amy Fenton, was forced to flee her home after receiving a torrent of insults and threats when she reported a local court case. Police said there was a ‘credible risk to her life and that of her child’.

Journalists like Ms Fenton must be allowed to get on with their jobs – but people don’t like what they say!

Tomorrow – how a South Wales conman exclusively exposed by The Eye (who has also abused Phil as well as his family), and has spent years in jail, while having his legs broken when a drugs deal soured, has now gone into business leasing upmarket cars to unsuspecting members of the public.

The memories of Phil’s decades long award-winning career in journalism (which always attracted abuse) as he was gripped by the rare neurological condition, Hereditary Spastic Paraplegia (HSP), have been released in a major book ‘A GOOD STORY’. Order the book now!